Playtime in the neighborhood is often coordinated by my sister Sharon’s friend, Debbie Smith. An only child, Debbie reaches out to the younger kids and is a positive role model for us. She organizes alley games of “Kick the Can” that are the most exciting thing in my young world–a game of intense hide-and-seek, not in the safe rooms of a house, but in the dark alleyways behind Scoville, Gunderson, and Elmwood, out with the creatures of the night among garbage cans and bushes.

Some kids coordinate into teams in this survival game, but I enjoy being on my own in Kick the Can, relying on my personal wits to stay “alive.” Win or lose, it’s a thrill for me, this simulacrum for war, which for some years has totally captivated me.

I read Sgt. Rock and Marine at War comics,

and imbibe all of the weapons books by C.B. Colby in the Irving School library (Leatherneck: the training, weapons, and equipment of the United States Marine Corps; Fighting Gear of World War II). I fetishize the killing machines that are precisely cataloged in these volumes.

I think my fascination with weapons comes from an instinctual desire to be among a band of fraternal hunters nurtured in our species’ ancestral past. How else to explain the strange yearning I have to operate my father’s 12 gauge shotgun and feel potent thereby? Or my innate interest in John Wayne movies, the technology of killing, and my fantasies of being an American soldier in World War II, a conflict that is always portrayed as righteous, given the Axis powers’ atrocities.

When I am nine, in 1970, my father packs his Remington shotgun, me, and one or two of my sisters into the Ford Country Squire station wagon.  We drive south to a farm outside Danville, Illinois, where his Marine Corps buddy, Mr. Devore, lives with his family. 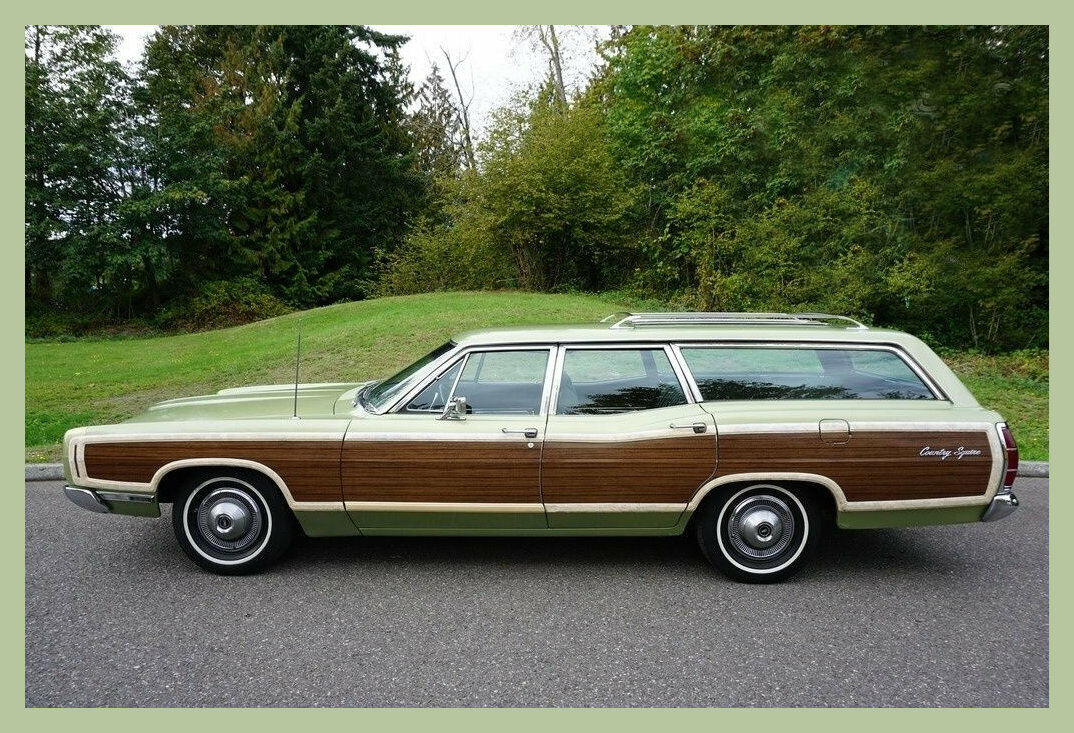 It is autumn–pheasant season–and although he has never instructed me in the use of his gun, I am thrilled to be anywhere close to its use.

Between my dad and Mr. Devore is a special bond, the shared trauma of being Marines together during the Korean War. Dad never says much about his service.

“Did you kill some soldiers when you were in the war, dad?” I ask him once.

He responds in a low voice full of tension that discourages further questioning.

“I shot at people who were shooting at me. I don’t know if I killed anyone.” 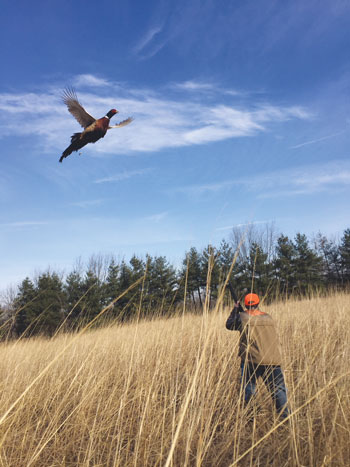 That is as much as he ever tells me about his service.

He also tells me that Mr. Devore was heroic in the war, earning medals for single-handedly holding off the enemy to keep his fellow Marines safe with a machine gun. Of course, this information is fascinating to me, but dad also tells me that I am not to speak of it to Mr. Devore.

During our weekend on the farm, I am not allowed to go with the men into the stubbly fields of harvested corn where the killing is done. Nor can I watch the bird dogs in action, who I am told have an amazing ability to sense and point out quail and pheasant nests for the hunters. When the men give a signal, the dogs flush the birds up into the sky where shotgun blasts can bring them down.

The dogs then find the dead or dying bird bodies and, with their soft mouths doing no further damage to the flesh, bring the mutilated bodies back to the men.

By myself, I venture out onto the cold, beautiful landscape armed only with a rock that I hope I can throw at any prey I come across. But I fail to encounter any creature worth killing, which is deeply disappointing and somehow shame-inducing.

When the men return back to the farmhouse, they remove about a dozen dead animals from their jackets, which have ingenious carrion carriers built into them. And finally I get involved: I am allowed to help clean the quarry–rabbits, quail, and pheasant–with the women.

This process also fascinates me. It involves de-featheringthe birds–the male pheasants are remarkably beautiful–green and red around the head–and removing the shot–little lead balls–from the flesh of the birds and rabbits.

While I don’t get more than vague assurances that “maybe next time” the men will let me come along, I am smitten with the game of gaming. I want to know how good it must feel to shoot and kill.

Thus begins a near-fatal series of explorations with my father’s killing machine.

Since I am often left in the house without supervision, It doesn’t take long for me to go into the utility room in the back of the basement and find where dad keeps his disassembled shotgun and shells. First, I learn to put the gun together. I am thrilled to assemble it and hold it in my ten-year-old hands, the gun’s greased metal smelling of oil and burned powder, feeling very serious and adult.

Soon I am adept at pulling back the pump that slots shells into the firing chamber, and I engage in little fantasies of male potency, imagining the metallic “click-click” sending fear into my enemies.

And one afternoon when the house is empty, I take the gun and a 12 gauge shell into our little storage space beneath the back porch. Today, I will fire it.

I pump the shell into its chamber, and from the storage space opening, I point the barrel over the empty backyard to the back of the garage, imagining Nazi or Japanese Imperial troops menacing my position.

I take a deep breath and pull the trigger.

I haven’t held the gun properly, and the explosion kicks the butt of the gun back into my gut, startling me and knocking the breath from my lungs.

But along with shock, I feel a surge of elation. I have done it! I have made this killing machine work for me!

I pause, listening to see if the loud report has roused any of my neighbors to investigate, but no one seems to have noticed. Woah! I’ve done it!

Then I go out to the garage to see the damage done:  a spread of light indentations about 12 inches around that the bird shot has made in the wood garage siding. It’s nothing anyone will notice, but I leave the experience feeling distinctly older and enjoyably dangerous.

Later, in that same garage, those same shotgun shells will almost kill me.

Through experimentation, I have discovered that it is possible to dislodge the firing pin from the brass base of a shell by throwing it down onto the concrete of an alley. If you hit the brass just right, the pin pops out, and the shell’s black powder can then be poured out in lines you can set aflame with a match.

The brightness and rapidity of the gun powder’s burn is intense, far surpassing that of mere firecrackers, and a satisfying reward for the effort it takes to dislodge the pin. Plenty of “oohs” and “aahs” emerge from my friends, and since none of them has access to shotgun shells, I have a status monopoly that makes me feel special among my peers.

One school day over lunch, I invite my buddy Ricky Nevins to a shotgun shell session in my garage. We sit cross legged across from each other and for several minutes toss shells down on the cracked concrete, looking for that elusive angle that opens access to the magic powder.

However, at some point, Ricky or I throw a shell down that happens to land directly on a small pebble. It hits the firing pin, and instantly the 12 gauge shell explodes, throwing its spray of lethal metal upwards.

By some very fortunate chance, the shell is pointed directly up when it explodes. Were it pointed at the slightest angle in Ricky’s or my direction, one of our heads would be severely damaged.

Thankfully though, the shot flies up to the rafters and rains down on us with such force that a few of the pellets penetrate my right thigh, drawing blood.

Ricky and I are entirely stunned, and for a moment stare at each other in wide-eyed amazement. Then, feeling suddenly criminal, Ricky gets up and runs out of the garage.

All at once, two boys have been shoved into the realm of adult violence, and it feels all too real.

I stagger back to my house and examine my thigh. It’s not bleeding badly or hurting very much, so I bandage it, change my bloody pants, and go back to school.

The garage explosion sours me on my shotgun and shell games, and gives me an aversion for firearms that persists, driving me away from any interest in owning one when I come of age.

In retrospect, my fascination with guns was to some degree a hoped-for avenue to closer companionship with my dad, but it turned into a dead end. It seemed he could meet me on the common ground of football and baseball, but not hunting.

Ironically, my disaffection for blood sport may have been similar to my father’s, because outside of one or two excursions with Mr. Devore, I don’t believe dad ever went hunting again. Perhaps his time among Korea’s explosions had soured him on guns, too.

After I have done my worst, the gun stays unused in its canvas bag in the basement.