Having read Handmaid’s Tale and then this spring The Testaments, I decided to read deeper into the novels of Margaret Atwood, and my step-daughter, a huge fan, suggested the following titles as a way into her non-Gilead narratives.

I’m very grateful for her suggestions, as you’ll see below. 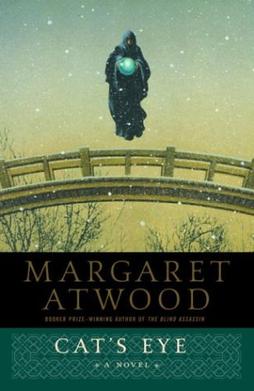 Kunstlerroman of a Canadian woman

Raised as a child in the wild, and only partially civilized,

young Elaine is suddenly planted in a suburban hellscape,

and expected to grow,

though an especially mean girl will try suffocating and drowning her

and call her friend.

Ultimately, Elaine has sympathy for her devil of an abuser

(for what else could a Cordelia do, being 12, and just extending what she learned at home?)

And Elaine grows through dark spaces

and in the end, living in the sublime mountains of Cascadia

she is an artist,

only partly embittered with solitude,

For its intense visual descriptions (quite “painterly”) and its honesty and sadness, I give it 5/5 stars. 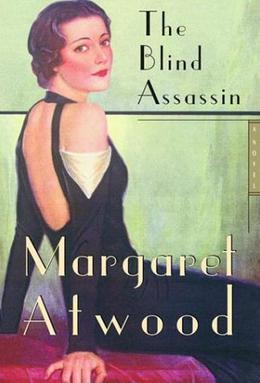 Raised motherless in the fading estate of her war-damaged father, Iris comes of age into Edwardian Canada, and learns the severe limits society’s game will impose on her because of sex. She and her younger, Aspergers-y sister Laura learn by adolescence that they must either be pawns for powerful men or dominated by women attached to powerful men.

So it’s natural enough when she and Laura decide to cheat, the younger sister by asceticism and then suicide, the older through adultery, which she transmutes into fantastical, and profitable narrative, and then fraudulently attributes it to another.

Laura’s character takes everything literally–she cannot decode metaphor, and she stumbles on idioms–but nonetheless she has an extraordinary capacity to grasp life’s essentials. Atwood describes her challenges:

Being Laura was like being tone deaf: the music played and you heard something, but it wasn’t what everyone else heard.

And Iris the fraud is honest with the reader about love (and its lack), and sex, and literary work, and the indignities of old age. At the end, Iris has accepted the destruction of her autonomy and agency, never much in her grasp, though she’s made the most of them. All the characters in the book feel fated, victims sooner or later to the blind assassin that is life itself.

As in all of her works that I’ve read, Atwood reflects on the narrative act, how its roots can only be in dissatisfied lives, for contentment yields no movement:

Happiness is a garden walled with glass: there’s no way in or out. In Paradise there are no stories, because there are no journeys. It’s loss and regret and misery and yearning that drive the story forward, along its twisted road.

For its clever construction and its darkly inspiring denouement, I give this 5/5 stars. 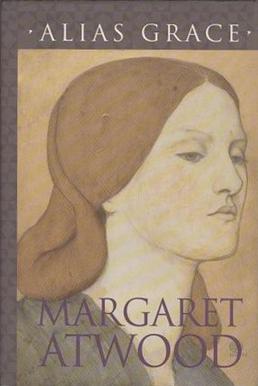 Not for the light and pleasure-seeking reader, this true-crime story transports you into the uniformly unpleasant past of the dispossessed in 19th century Ireland and Ontario: Atwood’s scenes are either oppressively gloomy, unbearably humid, or revoltingly putrid. The disrespect heaped on the poor Irish immigrants seems criminal to a modern reader, and so when central crime occurs (the murder of a gentleman), it appears rather natural, like a downpour on a muggy summer afternoon.

Atwood’s eye for detail and setting is keen here, and one learns much about the minutiae of life in the Victorian age and the insides of prisons and insane asylums, havens of abusive torture justified by the prevailing Judeo-Christian morality, as well as the spiritualism and pseudo-scientific treatments of the day.

One of the lenses through which Grace’s story gets told could be called “proto-psychoanalytical,” since decades before Freud began mapping the subconscious, Atwood’s Dr. Jordan is attempting to cure Grace’s amnesia through conversation and suggestion. He’s fumbling after the words to describe what he’s certain must be happening at a primitive level. And I found quite amusing his discomfort with his own sexual urges, and (spoiler) they sort of doom his project in the end.

Very enjoyable is Grace’s narrative voice, which functions as the through-line of the book, interrupted by news reports, correspondence, and contemporary literary works. This pieced-together structure mirrors the quilt patterns that Grace expresses herself in–her stitching is exceedingly fine. The servant girl is always proper in her diction and precise in her descriptions. Her honesty and sincerity won me over early in her story.

She also engages in something all of Atwood’s books I’ve read include: fun paragraphs in which she explores the metaphoric nature of everyday expressions in English. Take, for instance, her analysis of the idiomatic expression, “to go mad”:

The critique of society seems central to Atwood’s oeuvre, and here the Methodists and their pious ilk come under her incisive gaze:

They are hypocrites, they think the Church is a cage to keep God in, so he will stay locked up there and not go wandering about the earth during the week, poking his nose into their business, and looking in the depths and darkness and doubleness of their hearts, and their lack of true charity; and they believed they need only be bothered about him on Sundays when they have their best clothes on and their faces straight, and their hands washed and their gloves on, and their stories all prepared.

Like the female narrators of all three of these novels, Grace is a sharp observer She and her fellow women are not shy about sharing an unvarnished truth.  To the privileged, relatively-pampered Dr. Jordan she plainly states what she has learned through observing her society:

…if the world treats you well, Sir, you come to believe you are deserving of it.

Atwood’s narrator sees through the good works of her religious benefactors, and so her cynicism keeps her out of the bachelor Reverend’s or Dr. Jordan’s clutches:

These same fine Christians view the criminal and the insane as essentially broken, with only spiritual fixes in the prison and mad house:

They want you to be able to read the Bible, and also tracts, as religion and thrashing are the only remedies for a depraved nature and our immortal souls must be considered.

Also targeted, and feeling very contemporary, is the confusion that news media create with contradictory claims regarding her own identity:

Sometimes when I am dusting the mirror with the grapes I look at myself in it, although I know it is vanity. In the afternoon light of the parlour my skin is a pale mauve, like a faded bruise, and my teeth are greenish. I think of all the things that have been written about me – that I am inhuman female demon, that I am an innocent victim of a blackguard forced against my will and in danger of my own life, that I was too ignorant to know how to act and that to hang me would be judicial murder, that I am fond of animals, that I am very handsome with a brilliant complexion, that I have blue eyes, that I have green eyes, that I have auburn and also have brown hair, that I am tall and also not above the average height, that I am well and decently dressed, that I robbed a dead woman to appear so, that I am brisk and smart about my work, that I am of a sullen disposition with a quarrelsome temper, that I have the appearance of a person rather above my humble station, that I am a good girl with a pliable nature and no harm is told of me, that I am cunning and devious, that I am soft in the head and little better than an idiot. And I wonder, how can I be all of these different things at once?

Her fellow servant, the earthy and spirited Mary Whitney, gives her the harsh truth of her situation as a soon-to-be attractive female in this era of toxic masculinity:

Grace, you will be a beauty, soon you will turn the men’s heads. The worst ones are the gentlemen, who think they are entitled to anything they want; and when you go out to the privy at night, they’re drunk then, they lie in wait for you and then it is snatch and grab, there’s no reasoning with them, and if you must, you should give them a kick between the legs where they’ll feel it; and it is always better to lock your door, and to use the chamber pot. But any kind of man will try the same; and they’ll start promising things, they’ll say they will do whatever you want; but you must be very careful what you ask, and you must never do anything for them until they have performed what they promised; and if there’s a ring, there must be a parson to go with it.

The two servant girls friendship will remind you of the intense bond between the oppressed Offred and Moira’ in Handmaid’s Tale. In this one, Grace relates some peace amid the storm of life when Mary “sat me down and combed out my hair, which was gentle and soothing…” When her mother and then Mary are taken by death from Grace, I mourned with the narrator, so convincingly and sympathetically were they drawn.

It wouldn’t be an Atwood’ book without her reflections on story-telling, would it? Her interest in the technology of what she is doing seems to fascinate the teller, and in turn, the technology-minded reader. Here she reflects on how there must be time and distance between actions and their report:

When you are in the middle of a story it isn’t a story at all, but only a confusion; a dark roaring, a blindness, a wreckage of shattered glass and splintered wood; like a house in a whirlwind, or else a boat crushed by the icebergs or swept over the rapids, and all aboard powerless to stop it. It’s only afterwards that it becomes anything like a story at all. When you are telling it, to yourself or to someone else.

For its finely stitched construction, dark humor, and Grace’s plain-spoken and earnest narration, I give this one 5/5 stars.