Get your tickets to 16th Street Theater’s Blizzard ‘67 before it blows out of town in mid February. Staged on the 50th anniversary (Jan. 26, to be exact) of the storm, artist-in-resident Jon Steinhagen play is simultaneously a Chicago History trip, a ribald, all-male jokefest, and a tense human drama reminiscent of Sartre’s No Exit. 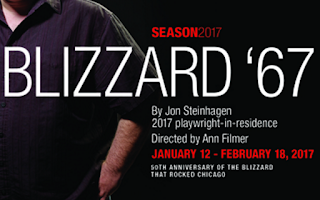 The four carpoolers of the play represent a small cross-section of suburban American society in the mid-60’s: white, somewhat-privileged males who every day show animus and ambition in downtown offices. These men are not near the upper echelons of corporate power (they commute not from north shore suburbs but working class, near west towns like Berwyn). But each to a greater or lesser degree pursues an automotive version of the American dream, a symbol of elegance and power: a 1967 Chevrolet Caprice with an 8-track player and all-vinyl interior. 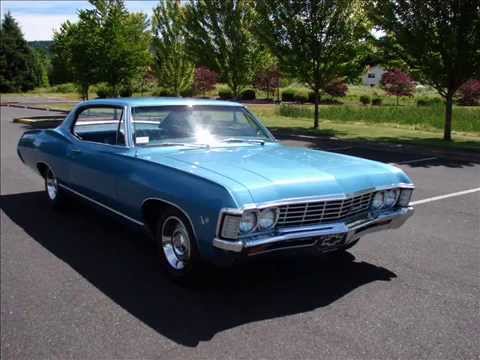 Steinhagen shows the men jockeying for position on the job and negotiating seats in the car, but these men are not friends. There is zero bromance in this 1967 Chicago. One carpooler’s promotion sparks a conflict that pits the men against each other. But the play touchingly shows how the “losers” in the car are the same: behind their confident facades, each of them in their home lives is lonely and alienated. A nice detail (among many) in Ann Filmer’s production? The way it shows each man at the pathetic end of his day: watching television, alone.

You’ll enjoy the period detail in Steinhagen’s script, and his authentic-sounding dialog. Much of the “locker-room” repartee is funny and crude, reminiscent of Tarantino’s or Mamet’s. And for the Chicago History student, there is fascinating information in the play, such as the grisly death and violence that was part of the paralyzing event. Did you know that Mayor Daley went on TV to apologize for the inadequacy of the city against the storm, or that 26 people died from it? Death visits the carpool in Blizzard ’67, too, though I won’t say how.

In its tenth year, 16th Street is getting some nice publicity for this show from Rick Kogan, and it’s well-earned, for this show, and a long string of high-quality, low-cost, principled theater.