Charles Carroll was a Revolutionary War hero and the only Roman Catholic to have signed the Declaration of Independence. In his honor, the neighborhood of Carroll Gardens was named in Brooklyn, NYC.

I learned this last night in the lobby outside Ann Filmer’s fast-paced production of “Carroll Gardens,” A. Zell Williams’ new “biting comedy” at 16th Street Theater.

The play engagingly portrays our snapchat culture, develops complex and ethnically and culturally diverse characters, and offers some enduring lessons about love and loyalty.

William’s script runs two hours, but hooks you from the first scene, a flashback between capable child actors meeting after school one day and becoming fast friends. 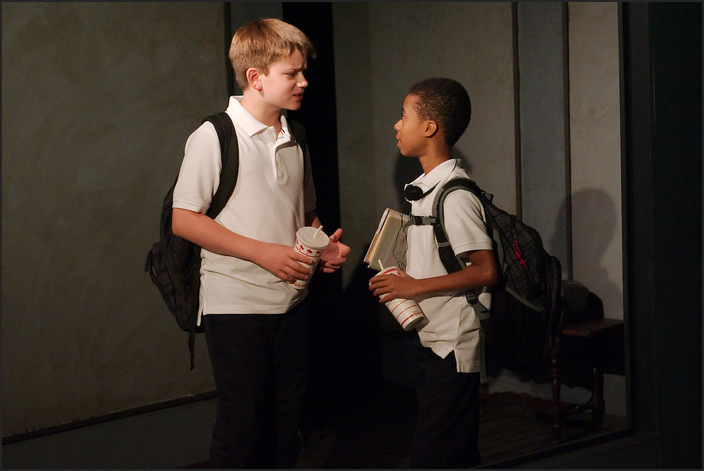 Flash forward to what happens when these “best friends forever” actually get together as 30 year olds to see if they have anything more in common than their memories. 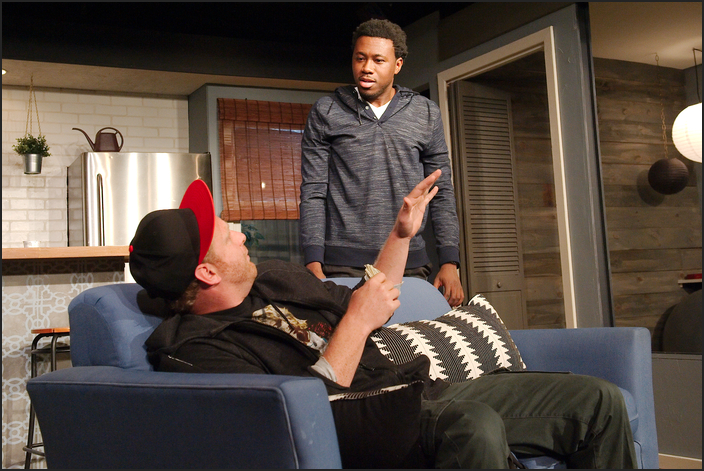 Andy Lutz’s Robby is bawdy and outrageous, and at first you wish the more-settled Davis (who is portrayed with lots of range by Gregory Geffrard) would just throw his conspiracy-spewing, pot-smoking a** out. But we find explore his tragic backstory and conclude, as one of the characters later says, that while an “asshole,” he’s “a charming asshole.” And his insistence on truth-telling means more than one painful secret will be exposed before the close.
The supporting cast were terrific, and set creative and efficient, like Filmer’s job with Williams’ script. 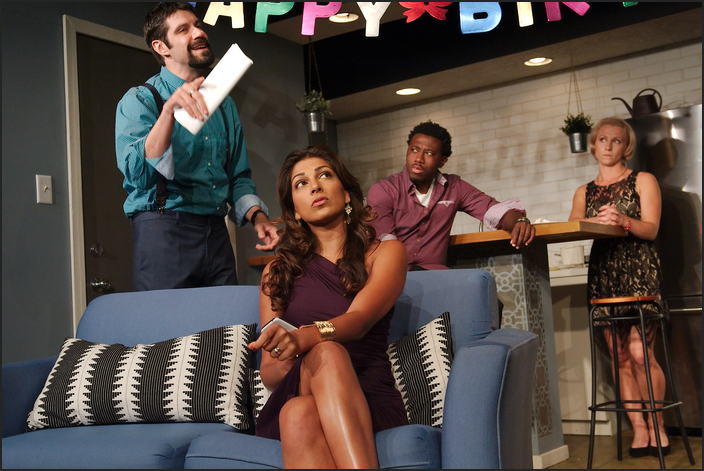 Get your ticket soon, because this world premier only runs to Oct. 15, and the 16th St. space is intimate.
But be advised: if you don’t like your dialog heavy with profanity and lots of hip-hop rhythms, you’d best stay away from this one.