A hero in the struggle to protect public schools 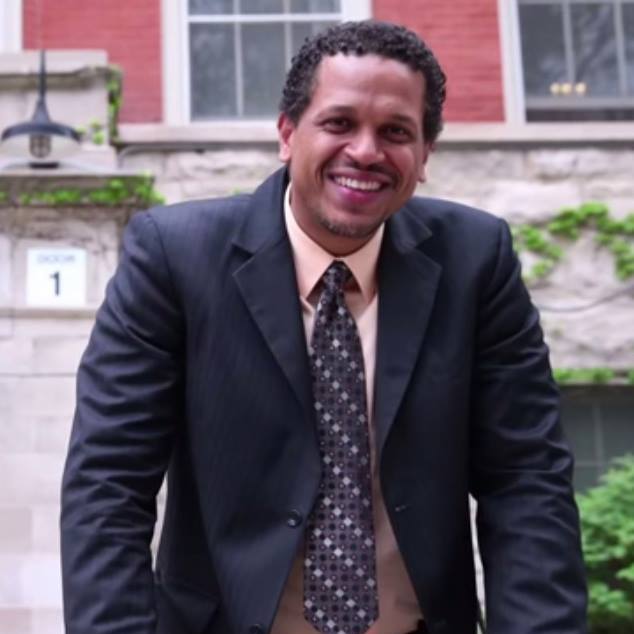 If you are looking for a true hero in the struggle for educational justice for America’s kids, look no further than Troy A. LaRaviere, the embattled Principal of Blaine Elementary in Chicago’s Wrigleyville.
Despite leading one of the district’s best-performing general enrollment schools, and despite doing the right thing (learning about and then calling foul on financial misjudgment and misallocation of funds), LaRaviere is vilified, insulted, and invited to quit by his employer, the acting CEO of Chicago Public Schools.
His example of not forsaking civic principle while acting as a great school principal is something that should be emulated far and wide.
I was lucky to meet and talk with LaRaviere a year and a half ago. It was at a Saturday morning EdCamp at Northside Prep High School, and while we sat next to each other learning about an LMS, we shared something of our professional lives.
During the course of that conversation, LaRaviere described to me his deep disappointment with his CPS bosses, whose policies and actions were hurting the education available to his students. He had tried warning his superiors at CPS about short-sighted budgetary and curriculum policies, had tried working with them, but instead of being listened to as a professional colleague, he was ignored or maligned.
Wanting to be of some comfort, and recognizing something great in this man I’d just met, I quoted him King’s Letter from the Birmingham Jail: “There can be no great disappointment without great love.” He seemed to appreciate it.
It was clear to me that here was a man who truly loved the duty the city had given him–to ensure a high-quality public education for each of his students, regardless of how much their parents made, or what innate strengths or challenges they might bring with them to school. He would do anything, even point out unpleasant truths to those in power, to do so. He saw the sacrifice he would make in speaking up for his voiceless constituents, but he accepted it.  And he suffered for it.
That he continues to have to fight bosses to carry out his professional mission is outrageous, especially considering the very factual basis of his claims about CPS’s financial mismanagement. When he looks out for kids and points out the fallacious arguments and propaganda being handed down by his superiors, he is anything but a mere “loud-mouthed principal” (which the acting Superintendent of schools reportedly called him this week). He is, in my book, an American hero.
In the current American social context of trumped-up cries of failing schools and lazy teachers, the rise of school privatization and charters, public pension depredation and the abrogation of collective bargaining rights, LaRaviere’s fight brings me a strong feeling of disappointment I now hold:  a disappointment in my fellow Americans to recognize and take steps to sustain the civil society we have enjoyed, more or less well, for the last 50 years.
In case you hadn’t noticed, our national legislatures and state and local school board policies are working to destroy the public schools that have helped create a sense of nationhood for the majority of our citizenry. I am very much saddened and disappointed that lately, many of my fellow Americans seem ready to befoul the very nest (by underfunding and pushing public schools to “failure”) that has engendered our civilization. As elected and appointed officials from Arne Duncan on down move us inexorably toward market-based, private education (via school choice and charters), we dilute the sense of civic obligation for our children, and confuse their sense of civic belonging. In moving away from public schools, we destroy one of the great commons in America. We already are a contentious society; how much harder will it be to get along with each other when the source of much fellow-feeling is “turned-around” or closed? 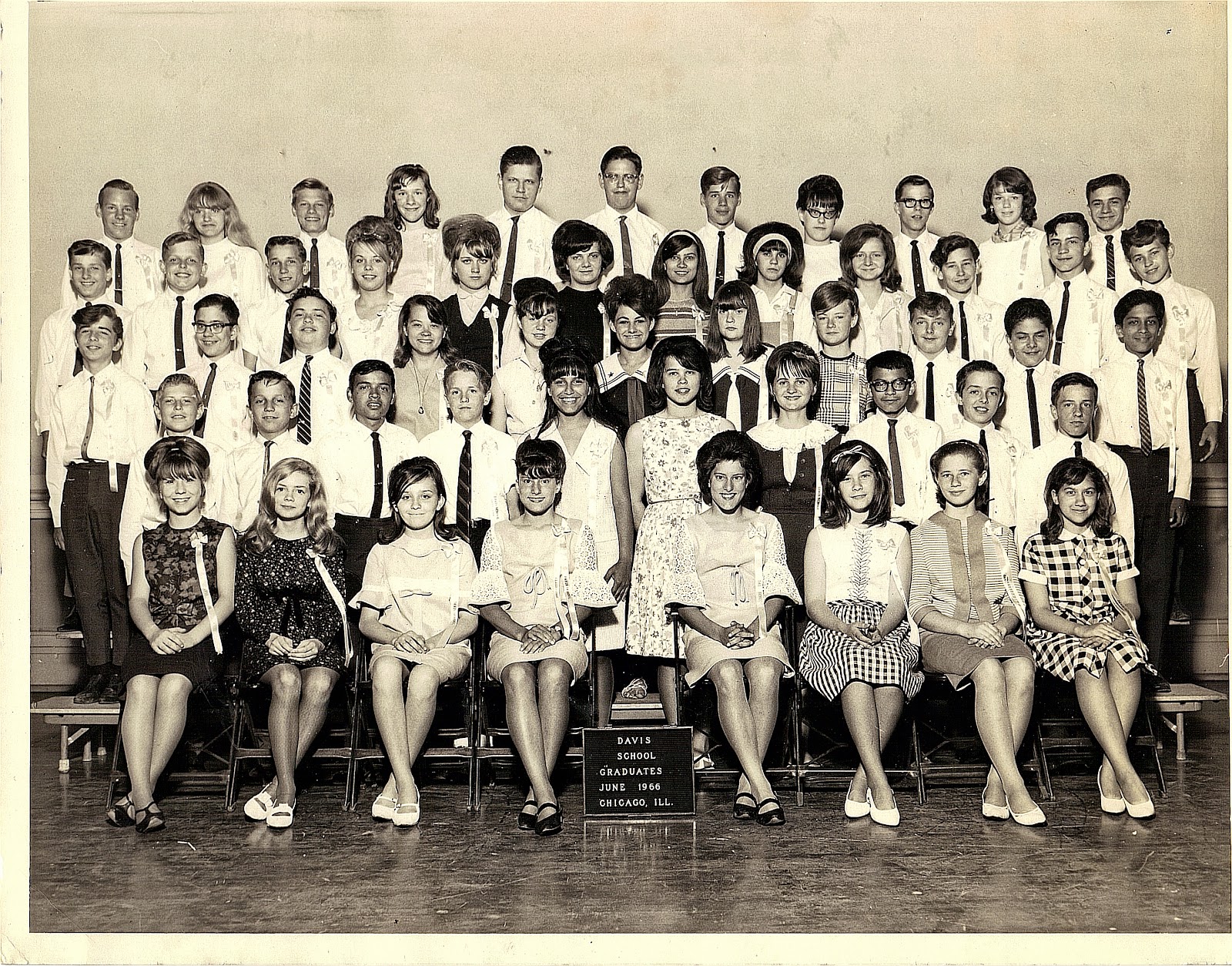 In my lifetime, we have moved from valuing schools as a place where patriotism, national identity, and civic responsibility were instilled, to valuing educational operators who can promise the narrow and  pyrrhic “success” that can be measured on high-stakes tests.  In each of my public school years (in the 60’s and 70’s), I learned lessons about democracy, the rule of law, and tolerance for others. I memorized state capitals, learned what “E Pluribus Unum” meant, and passed the big Constitution Test before being allowed to go to high school. I, and many of my classmates, came to understand what it meant to be a member of the American community before taking my place in it as a voting citizen.
The mandatory curriculum that my fellow students and I learned in my suburban Chicago school district taught us what it meant to to be civil, how to get along in a diverse population such as ours, and how to work with people who were different from what we knew. In short, we had a Civics curriculum designed to give us a basis for life in a democratic republic. And sure: plenty of us went on to become anti-social or criminal, but the majority of us are now law-abiding, tax-paying members of society who, although we might vote a bit more critically, still participate in American life.
Put aside for a moment claims of their alleged failures. US public schools, at their best, have functioned as playgrounds for American democracy, places where kids like me discovered people from different races, religions, or lifestyles from my family’s. It was in public schools–not club or traveling teams– that I practiced and competed with kids from across the social spectrum–the quarterback might have been a mobster’s son, the middle linebacker a gardener’s, but it didn’t matter. In the best public school sports teams, blacks and whites, rich and poor worked together for wins, and learned about each other’s essential humanity in the process. Win or lose, public school teams effectively functioned as We the People’s Team, and the whole community won real social capital.
But finally, let’s assume for the sake of argument that privatization will really improve academic outcomes for public school kids, as measured on tests (though LaRaviere’s own analysis of the CPS books shows quite the opposite).  Even if charter schools can produce better numbers, their selective enrollments, lotteries admissions (which select out the kids with unmotivated parents), and exclusionary retention policies still destroy the social learning that has taken place on the playgrounds and in the classrooms of our public schools for the past 100 years or so. Our current elected officials and school boards, having sold out their public trusts to the highest bidder, are at the same time destroying one of the only commonly-accessible spaces where kids from across the community can learn to be good American adults.
I hope that my fellow citizens will come to recognize just what it is we take away from our kids when we over-generalize and demonize all public schools, labeling them as “failing.” We need to start listening to dissenters like LaRaviere, who despite their profound disappointment, continue working for a cause that they love.
Our future as a civil society may depend on it.