The access issue: STILL roadblocking the way to Web 2.0 in USA


In a middle-class Chicagoland suburb with clean streets and decent schools you might think the broadband connections would be robust enough to keep you present at the worldwide table, transacting profitably with your global partners. That should be the new economy in the “city that works” and in the country in recession.  When the people have robust, inexpensive access, it’s an economic win-win–and according to the UN and countries like Finland, Internet access should be considered a basic human right.


But alas, when it was finally 10 am Pacific time, all I could muster on my machine for most of the webinar, even in Safari, were still images and squelched voices. An image of my disappointment:
[Not a quitter, forty minutes later I used my latest version of Safari on my fastest machine to get an audio stream, and for ten minutes I got to hear Cathy and Charlene explain how they empower teachers and students through iPads and apps. It wasn’t a complete wash, and fortunately Apple is going to store it at the iTunes store as a podcast for future reference.]


But it got me thinking about the injustice. Do you feel my anger at our Internet impotence, dear reader? Because, unfortunately, the broadband speeds in the USA are anemic, as seen here: 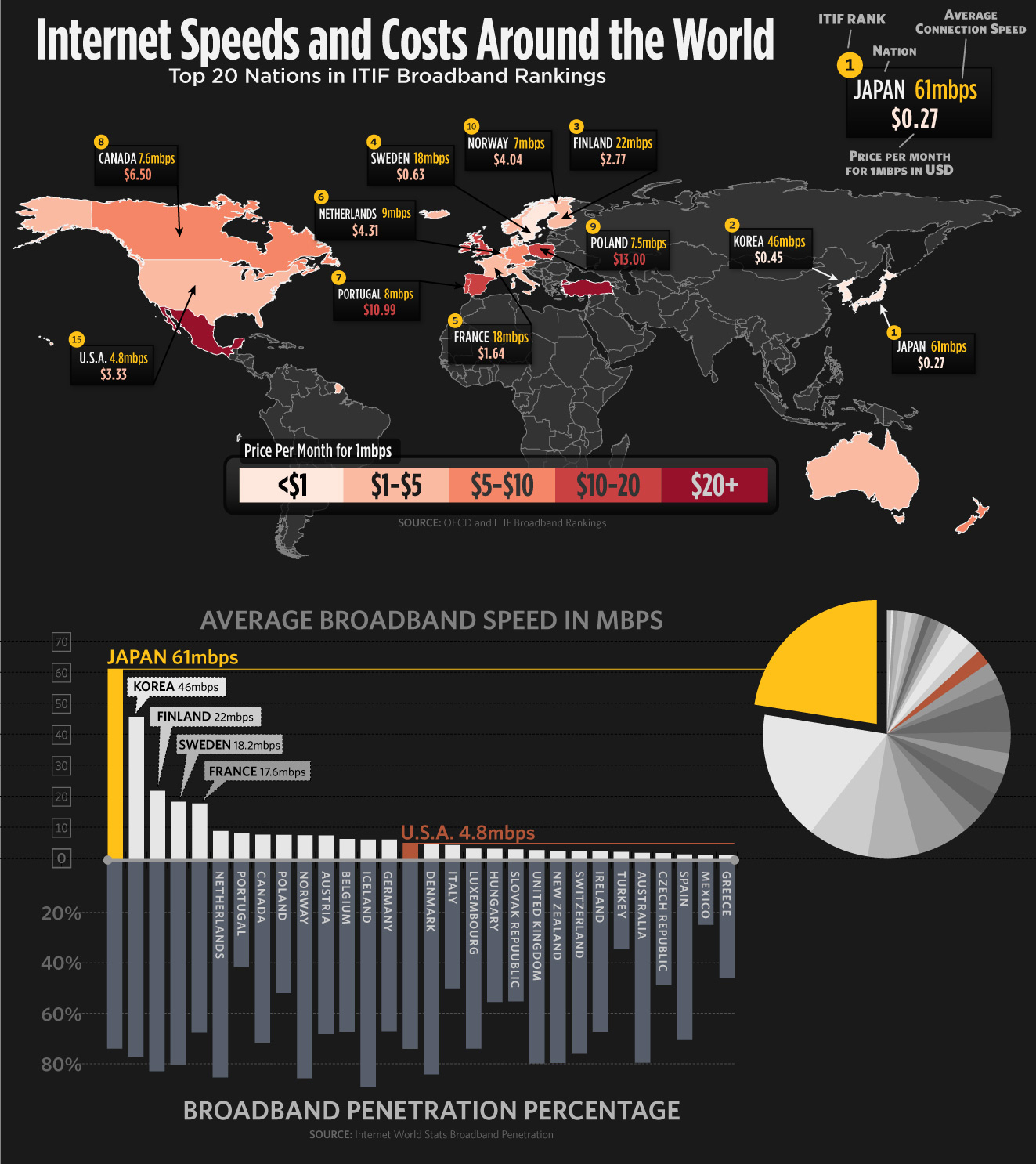 Because we are given less than half what they have in France and less than a tenth of what they have in Japan, earnest seekers of interactive knowledge growth-seekers like me in the USA have to miss out on the full experience of excellent free professional development resources like the Apple Summer Seminar today. In a democratic republic that values its citizens, it should never be so. Just as we guarantee clean water, fire protection and a basic public education, we should ensure our people access to the knowledge economy of the future, which is happening now.


Why is our speed and access so minimal? What are we being kept from? Could it be that the American ISP is just strong enough for the corporation to make a quick buck off, and just slow enough so that the majority of Internet users act like consumers (as on FB) and not producers, who might upset the economic egg basket?

Whatever the reasons, when I am kept from valuable educational resources that build our country’s strengths from within, I say, “Come on America, we can do better!”

Are you with me, reader? If so, I urge you to visit the Communications Workers of America (union) site called Speedmatters. You can get your connection speed-tested and sign a petition there to lend your support. Everyone benefits with information agency.

Somewhere, and it should be in the US, a new Carl Sandburg is watching nascent economic powers grow and describes it: “Country of Broadband Shoulders.”