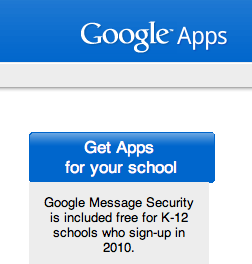 All is not well in the land of GAFE (Google Apps for Education).  Like their search engine, their application software for working communities seems instantaneous, reactive to present demands rather than built to anticipate user’s problems and so precludes them (like a good Apple design). You see, GAFE is way buggy.


Compatibility problems with district firewalls and security abound; there are  odd glitches like disappearing folders and a sudden lack of access for users.  In a class of 20 youngsters, a Google teacher of my acquaintance lost five students’ for no apparent reason. And it has been buggy like this for weeks. His 3rd-graders are a little freaked, certainly not feeling comfortable using the apps.

Another has reported calendar crashes and goofs, which is sort of at the heart of a community that learns–it brings users together around a vision of the future. Instead of everyone being able to contribute to the picture of the future whenever, they are met with frustrating messages such as:

Sorry, Calendar is temporarily unavailable. Please try again in a few minutes. If the problem persists, visit the Help Center.

And of course the crowd-sourced Help Center is only so helpful–you really need a human to talk you through a glitch sometimes.  And when they put in calls to humans at Google, they’ve been less than satisfied with the support. More maddening to a would-be Google App collaborator are messages such as:

“Oops, we couldn’t load details for your calendar,
> please try again in a few minutes”

I want to respond, “Oops, you’re screwing with the patience of end users, > please fix soon”

I love Google, but think they may have goofed in education-land.  One assumes Google’s applications for apps were designed to go through this aggravating, tedious beta-phase–making the crowd its final engineers  And that may be fine for a business client, where the apps’ price (free) make them undeniable. But they marketed GAFE hard this year to schools–as a done-product, not a beta. I think such design will hurt Google’s chances in schools long-term. They really are different from commercial enterprises.

One reason Apple did so well in schools (besides their friendly marketing) was that their machines were generally built (designed) like little playground equipment:  reliable, tough, and easy for kids to play on.  And if you know anything about the primary grades, you know that most learners need stability in the work environment to thrive; wondering which of your classmates will be knocked off the system today–or will it be your work that goes missing?–is no way to make him forget his fears and focus on the learning.

(noun) a specification of an object, manifested by an agent, intended to accomplish goals, in a particular environment, … satisfying a set of requirements, subject to constraints

Google design, unlike Apple’s–is more like the French dessiner , meaning primarily “to draw, or sketch.” It’s not a finished masterpiece, which Apple does so well. Google design is rough, it’s fun, it’s raw–but it just not right for school-kids.