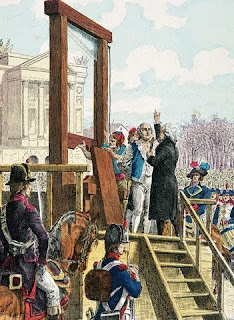 Charles Dickens set Tale of Two Cities in the days of the French Revolution, when human energy was at a very high level and expressed itself in opposite and extreme ways.

On one hand, it was the “best of times.” Oppressive lords and clerics were being overthrown, slaves were being emancipated, women were beginning to emerge as significant persons, literature, the arts, and philosphy were flourishing as printing and communications spread, and science was yielding practcal results that increased human freedom.
But at the same time, zealous ideologues were taking advantage of political freedom and pushing society to illogical extremes. Injustice against the people began to emanate from those who began by seeking justice for the people. And a military dictatorship rose from a movement that had began by overthrowing a royal dictatorship.
In the same way, today’s American public schools can be seen as both extremely positive and extremely worrisome at the same time. Among the new freedoms that make this a “best” time for educators:

And among the new tyrannies that make this a time in education similar to Napoleon’s regime:

No one can say that this is a boring time to be alive or involved in education. Hegel

says that history advances through the rise, clash, and resolution of successive ideas. Thesis gives rise to anti-thesis, out of which a new synthesis results, and the resulting state is further advanced than where it began.
If we can keep education available to the individual without restricting too severely the individual’s choice within an equitable delivery system, we will be able to push things forward with a synthetic advance that is better, and eventually, worse, than where we started.
copyright free images from flickr creative commons and wikipedia