Who needs a press corps anymore?

The current US administration is riding the wave washing out the old fourth estate, leaving an ominous vacuum. In place of the dying newspapers, Obama’s websites and social media fill in the gap with status updates on proposed reforms, domestic and foreign affairs, and news of the family dog. Perhaps a benign-seeming president like BO can resist the temptation, but would a Dick Cheney not exploit communications media to craft and deliver critique-proof messages if he could? 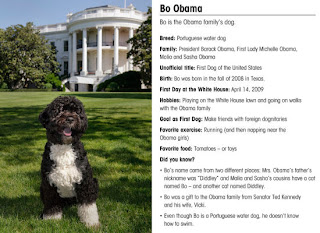 I really liked this article by Paul Starr in the March 2009 New Republic. “The end of the press: democracy loses its best defender” describes what seems to be occuring in the new media-scape of our democratic republic. Its subtitles: “Goodbye to the Age of Newspapers
(Hello to a new era of corruption): Why American politics and society are about to be changed for the worse” indicate the author’s stance.

Starr points out that what has made the metro daily work as democracy’s watchdog in America for the last 100 years has not been an altruistic zeal for careful information gathering or for incisive, disruptive reporting, but instead he has worked for scraps of meat from his master’s table. Were it not for the profit it has brought them, publishers could probably not care less about the press’ role as guardian of the people’s interests. Unless it improved paper sales, would capitalist publishers at for-profit corporations otherwise tolerate the muck-racking of anUpton Sinclair or a Woodward and Bernstein?

With advertising gone digital, papers are starting to die off, and suddenly it is in no one’s rational interests anymore to launch excellent investigations into public corruption (such as have been in Chicago’s two remaining dailies (the Tribune and the Sun-Times).

Into the void will step–who? That is the big question. Will it be crowd sourced and affirmed information, a million bloggers? a helpful .gov? Or perhaps “Intelligence” from our CIA, NSA, FBI, etc.?

The old model won’t work anymore. The old guys left in the press room have become intermediaries we don’t need anymore. They have become as superfluous as bank tellers or tv networks. But as a countervailing force to official cupidity and stupidity, democracy has come up with nothing better than the for-profit press. 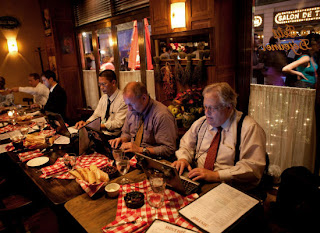 As much as Barack and his administration seem honest, in the semantic web it is what gets through that gets heard. It would be possible for a heinous crew to play the press as patsies, as some allege that BO did at his last press conference–“planting” a question in advance, etc.etc.

2 responses to “Who needs a press corps anymore?”